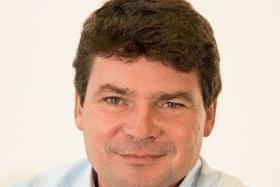 Iven started his career in the maritime business in the middle of the nineties. With an apprenticeship at Hamburg Sued he became a ships mechanic and gained first experience on several container ships and routes. Later he studied regional and economical geography at the University of Leipzig. After that, he worked with Bremenports - the port management company of Germany’s number two seaport Bremen/Bremerhaven - first as a Port Planner and later as a Management Assistant.

Since 2009, Iven has headed the division for Port Economy, Infrastructure and Shipping, at the Ministry of Science and Ports of the Free Hanseatic City of Bremen. In this role, he is responsible for port and hinterland development, financial and real estate issues, port railway activities, deep sea and short sea shipping, high water protection, port economy and logistics for the ports of Bremen and Bremerhaven.

In 2015 Iven completed his extra-occupational PhD studies with a work on “The German seaports in focus of supra-regional development policies.”

Besides his profession, Iven gives lectures at various Universities and Institutes and publishes articles and books. His latest lecture engagements include Hochschule Bremen - City University of Applied Sciences on Maritime Technology & Port Operations, and, the University of Split in Croatia on current maritime issues.

His active memberships are: