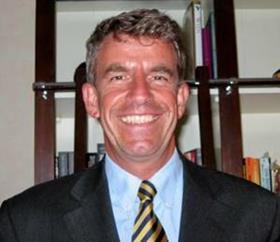 Norbert Kouwenhoven is a member of IBM´s Core TradeLens Team (Customs and Authorities Lead), and Solutions Leader for IBM EU in the area of Customs, Immigration and Border Management.

In his current role Norbert Kouwenhoven is focused on the implementation of the TradeLens platform, specialized on the role of Customs Organisations and Authorities in TradeLens.

UCC and MASP are important drivers of change for the European Union. Norbert is leading the creation of a UCC compliant solution set which IBM uses, especially in the current implementations in NL, UK and Belgium.