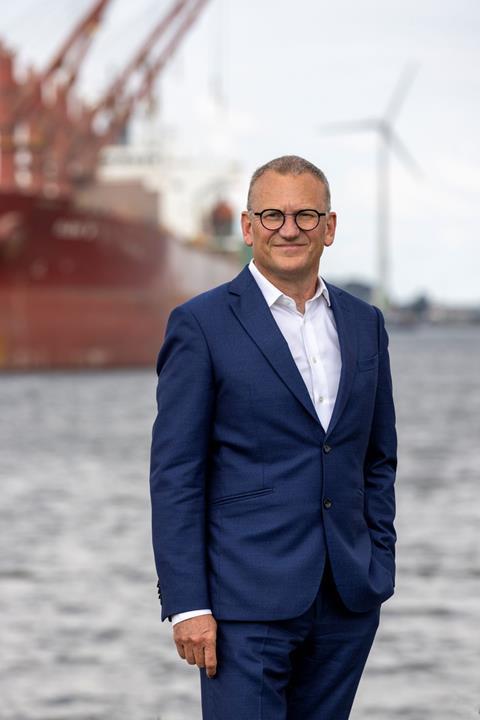 Daan Schalck was born in 1963 in Ghent, Belgium. After his studies at Ghent University he started his career in 1988 in the drinking-water sector. Between 1995 and 1999 he was adviser for economy and ports to the responsible alderman in Ghent. Between 1999 and 2004 he was a member of the Belgian Federal Parliament. He specialized in public enterprise and mobility. In 2004 Daan Schalck made the change-over to the private sector and started working with Ernst & Young. However, the port scene continued to captivate him. In 2007 he became general director of the company responsible for the regional zoning policy on the left bank of the Scheldt for the port of Antwerp. In June 2009 he returned to his native city as CEO of Ghent port. Until today, Daan Schalck is also president of Flanders Mobility Council, the strategic advisory board of the Flemish regional government. He is a visiting professor at the Ghent University and is also vice-chair at the European Sea Ports Organisation (ESPO). After the merger between Ghent Port Company and Zeeland Seaports he became CEO of North Sea Port.