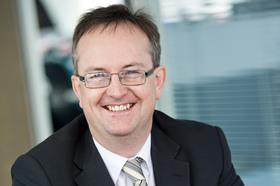 Stephen joined Peel Ports in 2009 as Head of Business Development for the Mersey Division before moving to his current group role, Commercial Director in 2017. He started his career with BP, working across a variety of sales and marketing roles for the best part of 12 years, before becoming Sales Director for Manchester based chemicals firm TGD.

Based in at the Port of Liverpool, Stephen is responsible for driving the businesses forward with new and existing commercial opportunities across the group’s diverse portfolio. During his time with Peel Ports, he has played a leading role in strategic projects including the development of container terminal Liverpool2, the growth in the use of the Manchester Ship Canal (as a multimodal logistics hub), and the development of port-centric warehousing throughout North-west England.