The road to becoming a green port 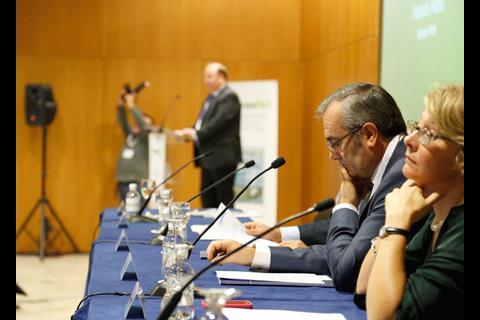 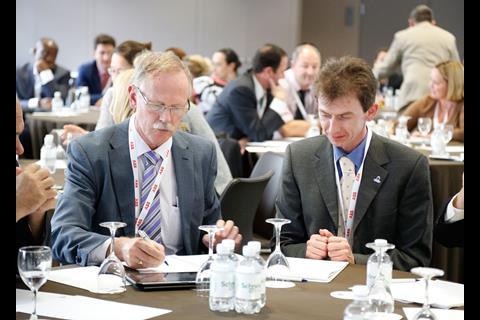 Day two of Mercator Media’s GreenPort Congress in Barcelona was centred around the nitty gritty of creating a green port proving that even small changes can help make a difference.

The thorny issue of international vs regional regulation for green issues was the starting point for discussion, setting the scene in terms of the challenging environment ports have to operate in nowadays.

John Richardson, moderator and special adviser on maritime affairs, FIPRA International, likened ports to ecosystems. The overarching fact he said was the importance of self-regulation because it will mean that there is a less strong argument for a government to regulate.

Isabelle Ryckbost, secretary general, ESPO, pointed that there are in fact three levels of legislation at play when it comes to environmental issues at ports – national, international and European.

“The trouble is that unlike shipping ports cannot move, they have one foot in the international framework and one in the local community,” she said.

With European figures saying that 90% of growth will happen outside of the EU, European ports need to move quickly on getting more sustainable but the key is to also stay competitive.

One key presentation was given by Loréne Grandidier, vice chair of the PEMA environmental committee.

She chose to challenge head on some of the fears surrounding the complexities of installing shore side power. Ms Grandidier pointed out that ships are connected at berth for between 15 and 30 minutes, not half a day as some delegates had already expressed.

There was also the fear over shore side power being too expensive to install. “The installation cost is comparable with the cost for an LNG barge and less than expensive than the development of a new terminal. But it is more expensive than doing nothing,” she said.

She also challenged the notion the challenge of installation complexity by explaining that frequency conversion technologies have made the process more straight forward.

Lastly, she pointed out that unlike some other alternative fuels there is a recognised standard for shore side power, including clear safety standards.

But some still question the notion of shore side power as a green technology when the electricity has to be produced by power stations rather than renewable energy sources.

Ms Grandidier pointed out that there are a multitude of technologies available to ports and terminals to reduce emissions including E-RTGs, LED technology and sustainable tyres.

The electrification of equipment is a major trend and provides major fuel savings as well as reducing emissions.

“Remember that even the smallest change can make a difference to emissions,” she said.

Charles Haine, sustainability advisor maritime and waterways, Royal HaskoningDHV, put the previous talk into context by demonstrating a recent case study he had conducted at a European cargo terminal.

By undergoing a complete study on emissions, the terminal was able to decide which equipment and processes needed to changed in order to get greener.

“Too often the port is seen as a major polluter but by making everything quantifiable, it opens the door to discussion with both stakeholders and local planning authorities,” he said.

When everything has been measured, from equipment right through to truck movements, the data is then pulled together to indicate where the pollution “hotspots” are occurring.

“It’s a good way to provide a baseline for a green port, it leads to the assignment of responsibility and a clear action plan.”

The study is repeatable too and it can form part of a corporate air strategy for an operator.

The breakout session on waste management saw a the rising challenge of more specific dealing with segregated waste streams, which will increase possibilities to recycle or recover waste, instead of just disposal.

Equally there’s a need to respond to new types of waste, especially those coming from ballast water treatment systems and scrubbers. There’s also a need to monitor the data flows, as there’s pressure for increasing transparency driven by regulation and provision of services. But it is challenging to ensure the data is reliable and available to everyone who needs it. One response is a web based system – such as the one developed by the Ship Waste Agency.

The concurrent water quality group had a number of equally hot topics, and clearly historic ports, rather than Greenfield, present particular challenges in moving forward with the necessary adaptations. Some ports have particular challenges from wastewater from the city, estuary waters and sometimes have beaches nearby, so a tie in with the city is necessary. Still, even given a complex scenario, the message was, ‘keep things simple as possible’.

It seems that there is money out there to help. A call for applications for funding from Connecting Europe Finance (CEF) for the next round of grants, along with European Investment Bank possibilities might provide a lifeline and it could be well worth the effort.

However, these cover an enormous, bewildering range of potential funding putting this beyond the manpower of many smaller ports; but one possibility is using a third party to ease the process.

It seems that although there’s a wide variety of ports, there’s almost always equally huge potential to make green savings that pay back in both environmental and cost terms, proving once again that the environmental challenge isn’t always simply a burden on the budget.