The City of Copenhagen, City & Port Development and Copenhagen Malmö Port (CMP), hosts of the 2015 GreenPort Cruise Conference and GreenPort Congress, have together drawn up this analysis of the need and options for establishing shore power for cruise ships in Nordhavn. 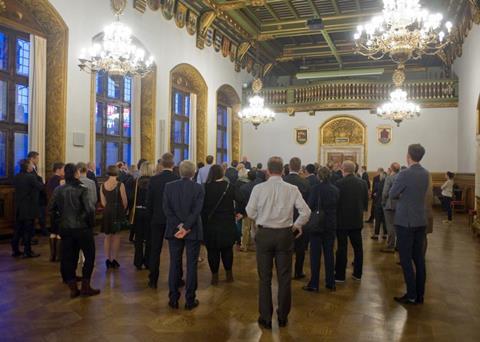 For a number of years, Copenhagen has positioned itself as one of the major cruise ports in Northern Europe. This is particularly because Copenhagen is an attractive city for cruise tourists, but also because it offers good facilities for cruise ships, because Copenhagen Airport has many direct flights and because ships from Copenhagen can go both into the Baltic and up the Norwegian coast. The City of Copenhagen is working to be carbon-neutral in 2025, and for the air to be clean enough not to damage local people’s health. It is in this light that the question of providing shore power to cruise ships has been raised.

Shore power can help to reduce the environmental impact of cruise ships. Shore power comprises an installation on shore and an installation aboard a ship, enabling the ship to be connected to the grid while it is in port. It is relatively costly to establish an on-shore facility, and not all ships can receive shore power.

The study was occasioned by the City of Copenhagen’s Clean Air plan, implemented by a decision of the municipal Finance Committee in September 2014. The study is also part of a cooperative project with other major cruise ports in the Baltic to examine the possibility of establishing shore power for cruise ships.

If a shore power facility is established, Copenhagen will be among the first cities to offer shore power to cruise ships. A good deal of know-how will then be gathered in Copenhagen and a certain employment effect may be expected beyond establishment and operation.

The reason why the parties have chosen to draw up yet another study is the desire of the City of Copenhagen Finance Committee to produce a proposal for a decision on shore power for cruise ships.

The analysis describes the options for establishing shore power at the cruise terminal on Ocean Quay in Nordhavn, including the practical and financial implications. Compared to the earlier assessments, this study aims to go deeper into the opportunities and risks associated with a shore power facility and to analyse how shore power can actually be established and used for cruise ships in Copenhagen – also including an assessment of the financing options and organisation.

Access the presentations from the GreenPort Cruise Conference and GreenPort Congress and the Shore Power Survey here.