The GreenPort events are supported by leading industry organisations who promote the event to members and the sector as a whole. In return, their members are entitled to a discount to attend. Check the list here and contact the organisers for details of the special rates available. 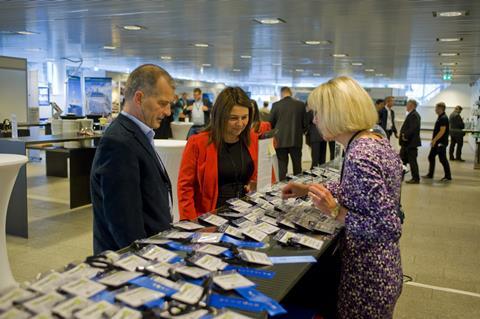 The 2017 GreenPort events – GreenPort Cruise and GreenPort Congress, will be hosted by the Port of Amsterdam from 10-13 October 2017, at the NH Collection Barbizon Palace Hotel, Amsterdam. Many leading organisations continue to support the Conferences including:

ESPO: The European Union simply cannot function without its seaports. Almost all of the Community’s external trade and almost half of its internal trade enters or leaves through the more than 1200 seaports existing in the 22 maritime Member States of the EU.

ECOPORTS: EcoPorts Foundation (EPF) is a non-profit organisation established in 1999 by a group of eight large European ports for the benefit of ports and port communities.

Feport: As a result of European developments, it was found essential to create an organisation representing the interests of private port operators, i.e. stevedores and terminal operators, at European level. This resulted in the foundation of FEPORT on the 13th of January 1993.

MedCruise: Set up in Rome on the 11th of June 1996, MedCruise is the Association of Mediterranean Cruise Ports. MedCruise's mission is to promote the cruise industry in the Mediterranean and its adjoining seas.

Baltic Ports Organisation: The Baltic Ports Organization is an active business organization inspiring and supporting its members while cooperating pro-actively with relevant partners. BPO was established on October 10, 1991, in Copenhagen, with an aim to facilitate cooperation among the ports and to monitor and improve the possibilities for shipping in the Baltic Sea region.

Cruise Europe: Cruise Europe has over a hundred members within Northern and Atlantic Europe. Our 4 regions –Norway, Iceland & the Faroes, The Baltic, UK & Ireland and Europe’s West Coast offer a diversity of experiences.

Euroshore: EUROSHORE is an International Trade Association of port reception facility providers in Europe and beyond. Euroshore in its present form, was founded in 1998. The main objective of the Association is to promote and further the interests of companies that are active in the area of ships waste management.

For further information contact the Events team on +44 1329 825335 or email congress@greenport.com.