As the world looks towards a reduced carbon 2050- there is a tremendous role for port planners and strategists.

Supply chains and decarbonisation have dominated the news during the past months; indeed- this was readily apparent in Glasgow in early October, across the Clyde River from the main COP26 events, and two weeks ahead of the International Maritime Organisation (IMO) meetings (which will be virtual). The importance of ports was stressed during a day-long Shaping the Future of Shipping conference, organised by the International Chamber of Shipping (ICS) on the south bank of the Clyde. 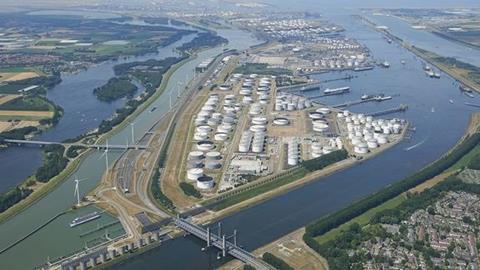 In my column, I’ve already emphasised how ports can be part of the environmental solutions and pathways while gaining a competitive advantage over their neighbours. Rather than me repeating the same mantra, it’s worth quoting leading industry figures appearing at the ICS event, making the same observation.

In a session entitled, Shaping the Infrastructure Required to Deliver an Equitable Transition, Chris Wiernicki , Chairman, American Bureau of Shipping (ABS), talking about challenges on the waterfront, as new fuels come in, noted that:
“It gets back to port strategies (yes, he said that!)…ports often fall below the radar…when it comes to distribution, handling, and storage connectivity, but they are very important.

Many observers have, for example, noted that putting in place supporting landside infrastructure is a major challenge as shipping shifts to “alternative” fuels.

Further, Wiernicki contended that: “The ships of the future are going to be different…likely bigger…which means that port facilities are going to have to figure out how to generationally move to a different level.” And raised the concern “…that there’s not enough dialogue relative to the importance of ports in the fuel discussion, as an enabler.”

IMO CONCLUSIONS
By the time that this article reaches print, the IMO meetings will have concluded- possibly laying out the architecture for a path that would bring shipping to net zero carbon by 2050 (versus its “Initial Strategy”, minted in 2018, of getting half of the way there). If the IMO discussions bog down, as some observers predict- the industry may move towards the “net zero” goal on its own (leaving the regulator to play catch up). Either way, cargo interests will exert huge influences on the carriers, including on their fuel postures.

Quite simply, the ports that support the alternative fuel infrastructures will attract vessel visits; those that don’t can watch vessels sail past to facilities in neighbouring locations.