LNG remains a core fuel that is cautiously being invested in by one cruise industry operator. 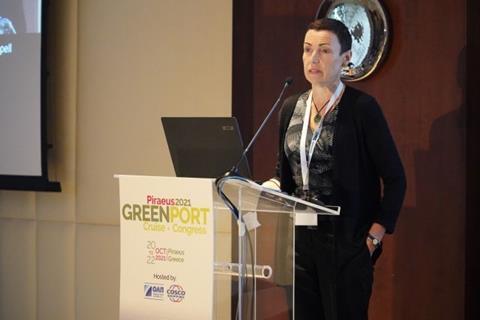 Despite heated industry debate about how relevant LNG is with 2050 zero emissions decarbonisation targets looming, MSC Cruises believes it is a valuable fuel with capacity for transition.

“We made this decision because we would have an immediate and substantial emissions saving. But LNG wasn’t just about the carbon, it’s also about the local air quality,” Linden Coppell, director of sustainability at MSC Cruises, told GreenPort.

“The reason for LNG is because it’s available, it’s available at the scale we need and it eliminates most of the local air pollutants.”

Additionally, MSC are confident LNG is a transition fuel. “We could not have invested the amount we have without thinking that there’s going to be a future bio/synthetic substitute that we can transition to, explained Coppell.

MSC is already researching bio-LNG in the market and will be supported by its partners, including Shell.

Three of its ships on firm order are LNG, including the first of MSC’s world class series of ships, but with regards to future LNG ship orders, MSC remains cautious about how future fuel investments across the industry will unfold and doesn’t want to risk “stranded assets”.

Coppell reflected: “Because of the landscape with regards to decarbonisation and the regulatory and political environment it’s becoming so strong in that move towards zero emissions, we’re really having to say, let’s wait and see how this technology plays out.”

Dual fuel engines will offer the confidence to invest in fuel where security of supply in unknown, she said. Though in a nod to what might be next, Coppell said hydrogen is probably one of the biggest long term potential fuels, but it does need to be green hydrogen.

E-methanol or bio-methanol could also potentially be mixed with regular fuel, noted Coppell. Though, ideally the company need to do as little modification as possible and this involves working with engine manufacturers to see them developing advanced combustion engines that will enable more flexible fuels to be used, including zero emission fuels.

On the subject of financing future ships on the decarbonisation pathway, Coppell said there is likely to be more pressure from bank lenders to make sure that investments are in low carbon/carbon free vessels.

“I think that will be a big driver for us. We invested much more in LNG ships than we would have done on traditionally fuelled ships, so we’re willing to take that hit and we know we’re going to have to in the future.”