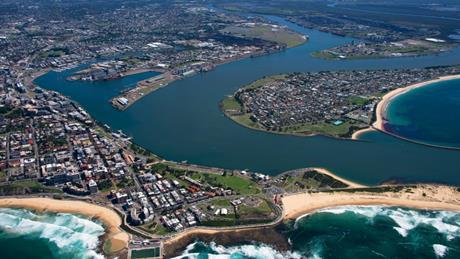 Our virtual panel of top industry experts came together on September 1st, 2021, 12pm AEST, to learn about and discuss the latest in sustainable development and environmental practices within the ports environment.

New to the series, GreenPort Live Australia, was held on 1st September 2021. It is the first GreenPort to be held in Australia and wider South East Asia.

The 2021 conference, titled ‘Driving principles of sustainability’ featured an expert panel discussing diversification, sustainability and environmental practices together with learning from a local context.

Following a career in policing, Mike Gallacher spent two decades in parliament, working in a variety of portfolios including Ports, Industrial Relations, Transport and Police. In 2017, Mike left New South Wales Parliament to take on the role of CEO at Ports Australia bringing with him a robust approach to policy development and preparedness to strongly advocate the need for reform. Ports Australia is Australia’s peak body representing our ports community at the national level.

Jackie Spiteri worked in the ports and maritime sector for over ten years, as Senior Manager of ESG for the Port of Newcastle Jackie brought a wealth of knowledge on sustainable development and operations. Jackie was been responsible for developing the Ports Environmental Social Governance (ESG) Strategy and delivering the Ports Strategic Development Plan.

Dr Antonis Michail is an engineer in background with specialisation on the environmental management of ports and freight transport systems at Master and PhD level, and with more than 18 years of professional experience in these fields. In 2018, Antonis joined the International Association of Ports and Harbours (IAPH) as Technical Director of its Policy and Strategy Unit and the World Ports Sustainability Program (WPSP). As such, Antonis coordinates the work of the IAPH Technical Committees on Climate and Energy, Risk and Resilience and Data Collaboration and supervises all initiatives under the WPSP umbrella.

Councillor Declan Clausen was elected to the City of Newcastle Council at a by-election held in Ward 3 in February 2015 and represents the Labor Party. He was re-elected to Council and elected Deputy Lord Mayor in September 2017. He is the youngest person to hold of the Office of Deputy Lord Mayor in the City’s 220-year history. Declan is an energetic and committed local who is passionate about sustainability, equality and renewing pride in Newcastle. In addition to serving as Deputy Lord Mayor, Declan is the Chair of the City’s Smart and Innovative City Advisory Committee, and a Member of the Asset, Youth, Liveable Cities Advisory Committees. Declan holds a Bachelor of Engineering (Environmental) with Honours I from the University of Newcastle, and is a Graduate of the Australian Institute of Company Directors. Declan holds a Masters in Sustainable Urban Development at the University of Oxford, and the Bloomberg Harvard City Leadership Initiative at Harvard University (Kennedy School of Government and Harvard Business School).

GreenPort Live Australia was produced in association with Port of Newcastle, the first port in Australia or New Zealand to become a member of the international EcoPorts network.

The Port of Newcastle has been working across the Pacific region as an advocate of the benefits of the EcoPorts initiative and encouraging other ports follow in their footsteps.

The overarching principle of EcoPorts is to raise awareness on environmental protection through cooperation and sharing of knowledge between ports and improve environmental management.

Click here for more details on how to re-watch this session.