DP World has attracted a third business in four months to its rapidly expanding logistics park at London Gateway.

Transport and logistics company Transmec UK will join London City Bond and OASIS Group at DP World’s 150,000 sq ft distribution hub situated on the doorstep of Europe’s largest consumer market. Demand for warehouse space at the freeport site is growing so rapidly that DP World is constructing a second unit in less than a year. 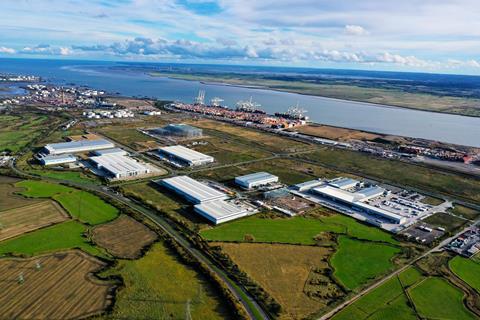 “The logistics park’s proximity to both a deep-water port and London cuts transport costs between port and distribution centre, and between distribution centre and markets, providing businesses like Transmec UK optimal control over their supply chains,” said Oliver Treneman, park development director at DP World in the UK.

As a central pillar of Thames Freeport, London Gateway offers a range of financial incentives for businesses such as zero stamp duty on leases, savings on employer national insurance contributions, accelerated capital allowances and a five-year business rates holiday. The site spans an area the size of 400 football pitches and will eventually be home to a workforce of around 10,000.

“London Gateway is a fantastic site that will provide Transmec with the warehousing capacity and infrastructure it needs to meet growing demand from customers across the UK and EU,” said Imran Mohammed, manager of Transmec UK’s London branch.

Ready for occupation in 2023, Transmec’s new facility will be constructed to meet BREEAM ‘outstanding’ classification, ensuring a 30% carbon reduction during construction and a 40% reduction in operational carbon emissions.