Planning for even tighter environmental regs

Environmental teams from the Port of Los Angeles and Port of Long Beach are planning ahead for even stricter environmental regulation coming into force under the Clean Air Action Plan (CAAP). 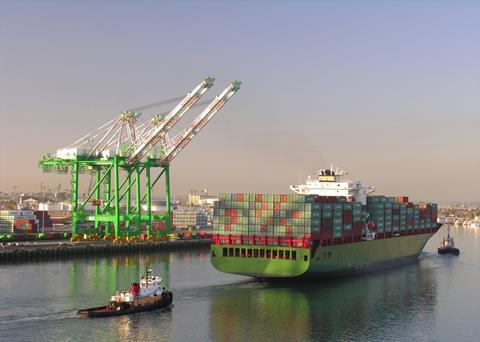 The ports are planning joint workshops which will form the basis for another update to the plan known as CAAP 3.0, which plans to take into account changes in the industry and new technologies.

Initially adopted in 2006 and updated in 2010, the original CAAP environmental plan called for aggressive strategies that have proved highly effective in reducing air pollution from port-related sources.

Since its adoption, the CAAP has resulted in unprecedented reductions in air pollution from the ships, trains, trucks, terminal equipment and harbour craft that operate in and around the ports.

Over the past decade, levels of diesel particulate matter have dropped 8%, oxides of nitrogen fell 54% and oxides of sulphur have declined 90% due largely to pollution-reducing strategies implemented under the plan.

The ports always envisioned the CAAP as a “living document,” and have periodically reviewed and updated it. In recent months, the ports have started gathering input from multiple stakeholders. The workshop will include a presentation outlining the scope and timeline of the next update of the CAAP, as well as an interactive dialogue with attendees.

The Clean Air Action Plan Update Community Workshop, which is open to the general public, will be held from 3 to 5pm, 14 October 2015, at Banning’s Landing Community Center, 100 E. Water St., Wilmington, 90744.

The ‘Clean Trucks Program in the Ports of Los Angeles and Long Beach’ will be presented at the GreenPort Congress in Copenhagen next week – still time to book your place here!

View the full programme here and book your place now to join them.

For more information regarding the GreenPort Cruise Conference and/or Greenport Congress 2015, please contact the Events team on +44 1329 825335 or email congress@greenport.com.