​Gösta Karlsson, founder of ELME Spreader AB, is humble for the success of the company - “We are here today celebrating something I never thought would happen”

A milestone for the spreader manufacturing company ELME Spreader in Sweden - a reason to celebrate the accomplishment and growth of the company. 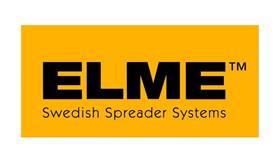 ELME Spreader AB started as a one-man business in 1974, going in to an industry that would turn out to have a growth of 10-15% each year during 50 years. Today’s success of the company is something that the founder, Gösta Karlsson, never imagined when he started ELME Spreader. With 40% of the global market share, customers on seven continents and with over 40 different spreader models, ELME Spreader have now reached a milestone of a total of 25,000 spreaders manufactured since the start of the business. 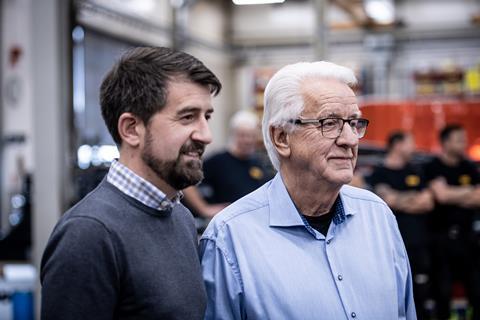 ELME Spreader manufactures spreaders for lift trucks, reach stackers, cranes and straddle carriers for the handling of containers, trailers and swap bodies in addition to a range of attachments and special equipment. The company have a rather extensive team of engineers who continuously work on developing the products and putting together various of combinations of options for each model according to the diverse needs of different operations.

The first six years in business, ELME Spreader manufactured a total of 100 spreaders. It took an additional 10 years before the total reached 1,000 units. With the current production capacity, the company manufactures over 1,000 spreaders each year – what in the past had taken 16 years to manufacture is now done in one. 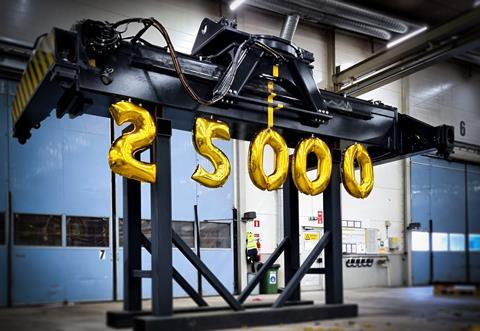 The day of the 25,000th spreader being fully assembled, the company wanted to celebrate together with the employees. All the employees were gathered in the production area together with the spreader, decorated with big golden numbers - “25,000”. Gösta Karlsson held a speech, introducing with the words “We are here today celebrating something I never thought would happen”, continued by talking about the history of the company and ending the speech with gratitude towards all employees for being the reason to make the success of ELME Spreader possible. After the speech, the celebration followed by some golden confetti, balloons and to wrap it up – cake for all employees to enjoy.

ELME Spreader continues to invest millions of Swedish Crowns each year in product- and production development. Just recently implementing a new workflow in the production process to make it even more efficient. Onwards, with a current full order stock, the company are positive for the future. Moreover, ELME Spreader has the 50-year anniversary of the company to look forward to in just a few years. However, before that in the near future, ELME Spreader can disclose that new products will be introduced in the beginning of next year. 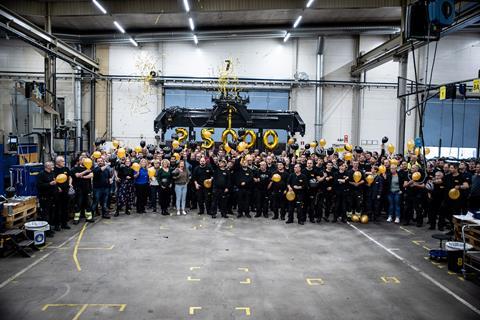