COMMENT: The life of an economist is currently about as satisfying as a that of a scientist trying to understand COVID-19, writes Ben Hackett. 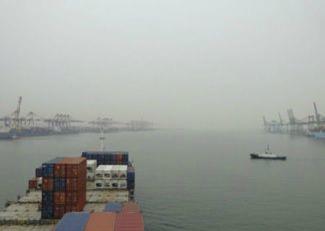 Economists are struggling with the COVID-19 fog, but the shipping industry is getting it right

When we think that we have it nailed down and that our projections are based on fundamentally solid numbers, things happen, and we realise that we are enveloped by a fog of unclarity and apprehension.

The good old days were bad enough, but the current situation beggar’s belief and lack of certainty. It seems that the only sector of the industry that is getting it right, a first in decades, is the shipping sector. It has managed to control its capacity despite its instinct for market share as the answer to its financial problems.

In the midst of the global COVID-19 pandemic resulting in the virtual shutdown of production and supposedly consumption for three months, freight rates have risen to the point of smug satisfaction with strong profitability.

In the US, the “third” estimate of GDP released was based on more complete source data than were available for the “second” estimate issued in August. In the second estimate, the decrease in real GDP was 31.7 percent.

The upward revision with the third estimate primarily reflected an upward revision to personal consumption expenditures (PCE) that was partly offset by downward revisions to exports and to non-residential fixed investment.

Seasonally adjusted GDP decreased by 12.1 per cent in the Euro area and by 11.9 per cent in the EU, compared with the previous quarter, according to a preliminary flash estimate published by Eurostat, the statistical office of the European Union. These were by far the sharpest declines observed since time series started in 1995. Note that these figures are not on an annualised basis.

We understand that the collapse of the economy was self-imposed worldwide, except in Sweden. What is remarkable is that the consumer continued to go shopping whilst locked away at home. More food was consumed, and high value imported goods were in demand. This caused inventory to drop as firms de-stocked going into the summer.

With the second wave of COVID-19 we can expect inventories to rise sharply again. Good for carriers and ports, but by the Autumn this will come to an end.