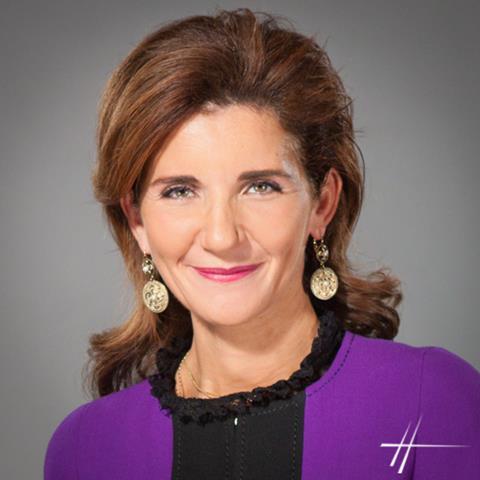 Lamia KERDJOUDJ-BELKAID is the Secretary General of FEPORT, the Federation of European Private Port Companies and Terminals since March 2014.

She has a professional experience of more than 20 years during which she held different positions within the maritime and logistics sector.

Among others, she has been for more than seven year the Public Affairs manager of the French Shipowners’ Organization and had the opportunity to work on the three ERIKA Packages as well as on Port packages 1 and 2. Between 2009 and 2012, she has also been appointed as a senior expert and advisor in the framework of several European projects financed by different General Directorates of the European Commission.

Besides her professional experience acquired within trade associations and thanks to her interactions with EU institutions, Lamia KERDJOUDJ-BELKAID has worked for more than ten (10) years for private companies and corporations (among others Capmarine, Budd SA, CATRAM, EGIS) and has been in charge of consulting and business development assignments. In 2009, she has created her own company, a consultancy specialized in strategy and international development.