Could CII drop a timebomb on cruise port stays? 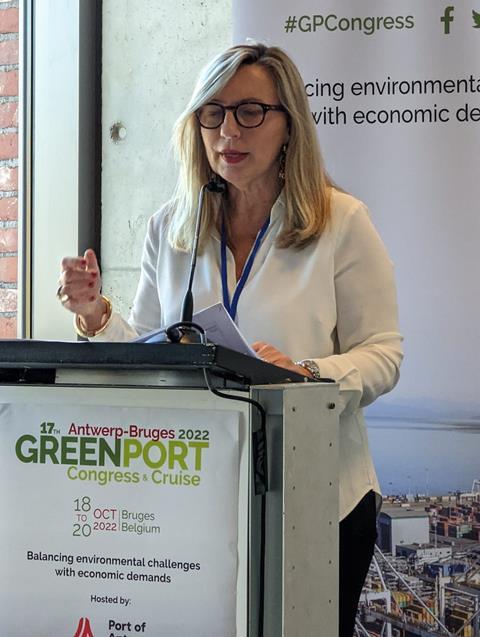 The IMO’s Carbon Intensity Indicator (CII) could mean that cruise liners opt to spend less time at ports, according to one of the world’s biggest cruise operators. The response would deprive destinations of cruise-related revenues while requiring vessels to burn more fuel at sea, working directly against the new operational efficiency measure for ships.

Speaking during a cruise breakaway session - What’s next for the cruise industry moderated by Valeria Mangiarotti, Director of technical environmental solutions, MedCruise at GreenPort Congress & Cruise 2022, MSC Cruises Vice President Sustainability & ESG Linden Coppell noted that CII, formulated as it is due to come into effect next year, could force cruise liners to “fundamentally alter” their itineraries.

The concern lies in the way the CII calculation is currently formulated, which gives a big penalty to vessels that spend a long time in port. A correction factor proposed by the cruise industry at MEPC 78 – the last meeting of the IMO’s Marine Environment Protection Committee before the regulation comes into effect – was not adopted.

Coppell said that while some may have believed that the proposed correction went to far and offered vessels with long stays an advantage, the issue needed to be resolved to safeguard current itineraries.

“It is much easier to organise our itineraries around full port days,” she said, noting that ports also benefit from the services provided to liners and passengers during longer port visits. “But more sea days may give us a better CII score.”

Cruise liners are far from the only vessel segment that could be penalised for longer port stays, with bulk carriers, roros and tankers also subject to the same perceived quirk in the formula. A former European Commission member who declined to be named suggested that the cruise industry’s perception as a heavy polluter and “discretionary”, non-essential shipping sector could undermine requests to remedy the situation. He urged the cruise sector to join efforts with other, more clearly essential sectors to seek a correction factor.

Coppell noted that the port time correction factor proposal is already being developed by a cross-sector group. The CII is due to be reviewed in 2026 after a three-year experience building phase. But with cruise schedules being set years in advance, that timeframe could already mean shorter stays ports for some years.