As preparations begin for the first GreenPort Congress Oceania event in February 2023, proponents have made a strong case for greater dialogue between the region’s ports as they face mounting climate and environmental challenges. 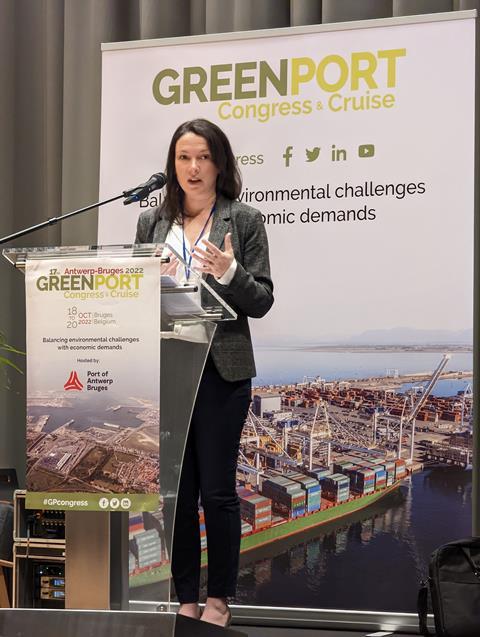 Speaking on Day 2 of GreenPort Congress and Cruise 2022, Jackie Spiteri, Managing Director of environmental consultant Sustainable ESG, gave a brief risk assessment of the environmental issues facing the region. Many of the issues are caused by extreme weather in the region resulting from climate change, particularly in Australia, where several states have current evacuation orders in place due to severe flooding.

Spiteri cited impacts on biodiversity as one major concern. “Nine key risks have been identified, including the loss of coral reefs due to ocean warming and the loss of agricultural land in low lying areas. All these impacts will affect the trade that goes through these ports.”

The issues relating to climate change are region-wide, including 14 Small Island Developing States – among them Fiji, Guam, American Samoa and Papa New Guinea and Tonga - that are particularly vulnerable to the effects of global warming. Spiteri noted that those countries rely on intra-regional trade both for crucial imports and for target markets as they seek to grow their economies through exports.

The transitional risk for ports is also high as authorities select the technology and infrastructure that will help them protect and adapt their businesses in the face of climate change. Nick Livesy, Chief Financial Officer of Port of Newcastle – host of the inaugural GreenPort Congress Oceania – gave an overview of the challenges the Australian port faces.

Newcastle’s throughput was dominated by steel until the local steelworks was closed in 1999. The community and port shifted focus to coal production and transport, which Livesy noted will not be likely to last through the global energy transition. Now the port is aiming to transition away from coal and invest in new activities including hydrogen production.

“With Australia often either on fire or under water, you would have thought it would be at the forefront of ecological thinking,” he said. “But we are catching up and learning from Europe.”

Livesy invited other port stakeholders in the region and beyond to attend GreenPort Oceania to learn more about Port of Newcastle’s transition strategy and to help accelerate the greening of ports across the region. GreenPort Congress Oceania will be held on 15-17 February 2023 in Newcastle, Australia.