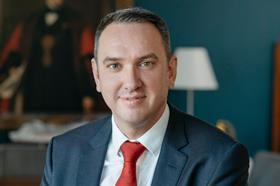 Richard Ballantyne joined the British Ports Association in 2007 and became the Chief Executive in 2016.

Richard has in-depth expertise in ports, transport, trade and environmental policy matters as well as a wide experience of the legislative process around the UK. He is a champion of sustainable development and is also a passionate advocate of the value of the UK ports industry both to the regions in which they are based but also as national gateways.

He is a Director of Maritime UK, a Trustee of the Merchant Navy Welfare Board charity and was previously a Director of Port Skills and Safety Ltd.

Before joining the BPA Richard spent five years at a Westminster political consultancy and was previously an MP’s researcher in the House of Commons.

Richard was also awarded an OBE in the 2022 New Year’s Honours for his services to the maritime sector.